The Estate of April Ashley MBE 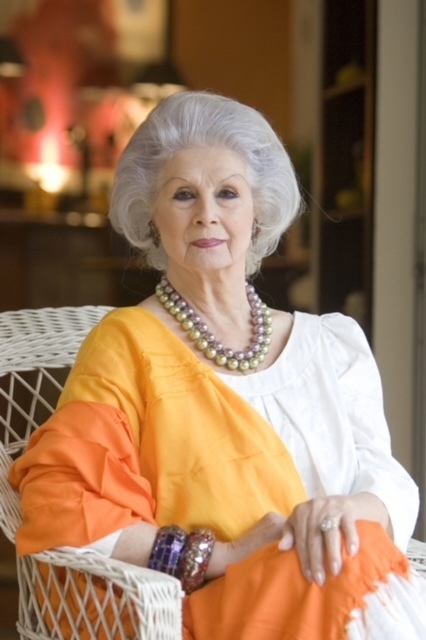 Model, actress, restaurateur, pioneer and campaigner April Ashley was born in Pitt Street, Liverpool in 1935. Inspired to travel the world by the merchant ships that sailed into the city, she made her name in London, Paris, Marbella and Hollywood. A performer at the legendary Carousell Club whose clientele included Elvis Presley, Bob Hope, Einstein and Salvador Dali, she went on to model for Vogue and was photographed by many of the 60’s greats such as David Bailey and Terrence Donovan. As a model and hostess of a fashionable Knightsbridge restaurant throughout the swinging 1960’s and 70’s she mixed with prominent members of the aristocracy, rock and pop stars, actors, fashion designers and politicians.

She attracted international news coverage when she was outed as a transgender woman in 1961 by The Sunday People. Her marriage to the Hon Arthur Corbett in 1963 and subsequent “divorce case” drew further press attention and set a legal precedent which was used to define the gender of trans people for decades. Overturned only with the passing of the Gender Recognition Act in 2004, for which she had prominently lobbied, she became a trailblazer for equality. She was awarded her MBE in 2012 for services to the transgender community and was made a citizen of honour in the city of her birth on her 80th birthday.